Understanding the USA: The Fourth of July

Holidays vary from culture to culture. We all know what our own holidays mean to us (for the most part), but how do people from other countries and other cultures understand our unique holidays? In this blog Ahmed Latif, the branch manager of Allshore’s office in Lahore, discusses the Fourth of July with regard to what stands out most to him about how we in the United States celebrate our independence.

The Fourth of July is approaching; it is indeed the most important day in the history of the United States of America today. Let me give you brief historical tour of the famous fourth day of July back in 1776. 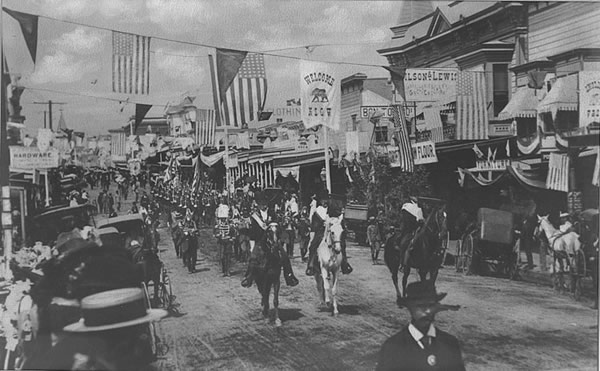 The 1900 Fourth of July Parade is shown marching on East Main Street toward the bridge and Bunker Hill Park.

On July 1st 1776, a vote was brought to the Continental Congress for the independence of the thirteen colonies from British rule. The thirteen colonies were Delaware, Pennsylvania, New Jersey , Georgia, Connecticut, Massachusetts Bay, Maryland, South Carolina, New Hampshire, Virginia, New York, North Carolina, and Rhode Island and Providence Plantations. South Carolina and Pennsylvania voted against it, the delegation from Delaware was evenly divided on the issue, and New York abstained.

On July 2nd, South Carolina voted in favor of independence and the Delaware and Pennsylvania delegations reversed their votes, allowing the resolution for independence to pass on July 2nd. (The New York delegation changed its abstention to approval several days later, making the vote unanimous.)

On July 3rd , John Adams, who later became the second US president, wrote a letter to his wife:

â€œThe second day of July, 1776, will be the most memorable epoch in the history of America. I am apt to believe that it will be celebrated by succeeding generations as the great anniversary festival. It ought to be commemorated as the day of deliverance, by solemn acts of devotion to God Almighty. It ought to be solemnized with pomp and parade, with shows, games, sports, guns, bells, bonfires, and illuminations, from one end of this continent to the other, from this time forward forever more.â€

John was off by two days, but indeed that event lead to great celebrations of this day in America.

On July 4, The Declaration of Independence was issued and signed by most of the delegations from the thirteen colonies and sent to the various state assemblies. Since that day onwards, this day is celebrated by all Americans, in the US or out.

The Fourth of July is also famous for fireworks. Major cities put on fascinating firework shows on the eve. I have been to one of the 4th of July firework demonstration at Niagara Falls, Canada. As some of you may know that I lived in Canada for 7 years. Niagara Falls is at the border of New York, USA and Ontario, Canada and creates boundaries with Niagara River. Here is a video from a youtube user where you can see how the Fourth of July fireworks light up the sky at night at Niagra Falls from the Canadian side.

Fourth of July at Niagara Falls

Kids love to watch firework shows. Couples find it a romantic night with barbeque at home while many dine at fine restaurants. Houses will be decorated with colorful lights and American Flags. 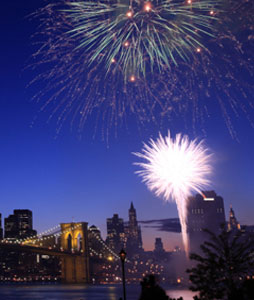 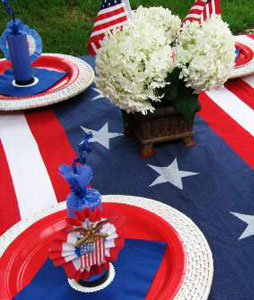 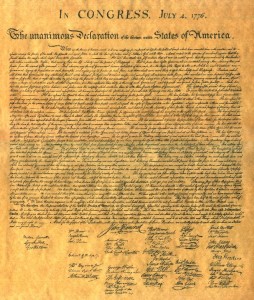 This holiday is similar to what we celebrate in Pakistan. Independence Day is celebrated on 14th of August and flags are displayed at homes and Government offices and buildings are lit up with colorful lights.

There is something more in common between American and Pakistani celebrations of independence, and that is the parade. Parades are often in the morning, while fireworks displays occur in the evening at such places as parks, fairgrounds, or town squares, in addition to various other public and private events celebrating the history, government, and traditions.

Besides the other celebrations, one thing that I really like about Fourth of July is having a day off from work. Thatâ€™s right, I would love to spend time with my wife and put some steaks on the barbeque!

I hope everyone in USA has memorable time at this Fourth of July. Be safe!