Ramadan: The Holy Month of Revelation

Monday, July 8, 2013 will begin Ramadan, the holiest period for Muslims around the world. This period of sacrifice and reflection can be difficult for an outside observer to fully grasp, but working for Allshore during Ramadan last year with 80+ Pakistani Muslims gave me a unique opportunity to try, and what I learned not only taught me a lot about Islam, but gave me food for thought in my own life.
Ramadan largely embodies many of the principles of Islam and therefore presents a unique opportunity to better understand the religion as well and its observers. So I implore you to open your mind and take a moment to learn a little bit about Ramadan, the Holy Month of Revelation. It might hit closer to home than you think. 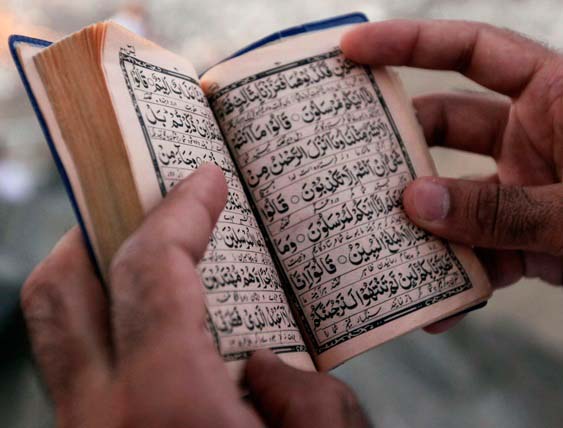 What is Ramadan?
Ramadan is not an event or a holiday, rather it is an entire month of fasting, righteous living, reflection, and charity that will hopefully bring each observer closer to god, and closer to the tenants of Islam received and set forth by the prophet Mohammad so many centuries ago.

When is Ramadan?
Ramadan is the ninth month of the Islamic Calendar, a lunar calendar consisting of 345 or 355 days and beginning in the year 622 CE when Mohammad immigrated to Mecca (making the current Islamic year 1433). It was during this month that the Quran was revealed to Mohammad. The Quran (sometimes spelled Koran) is a holy text that provides moral and spiritual guidance to Muslims, therefore Ramadan is considered by all Muslims to be the holiest month of the year and is held as a time to better follow its prescriptions and communicate with god through pious living, spiritual reflection, and worship.

How is Ramadan Observed?
Fasting
Fasting is at the center of Ramadan: observers abstain from eating and drinking during daylight hours in order to avert focus from worldly activities and teach patience, self-control and sacrifice, as well as inspire empathy for those who are less fortunate. Along with fasting it is common to give liberally to charities and spend time feeding those in need.
Because it can be dangerous to go long hours without food or drink â€“especially when Ramadan falls in a hot month as it does this yearâ€”some are exempt from the practice including the elderly, chronically ill, children who have not reached puberty, those who are mentally ill, and women who are nursing or pregnant. Members of these groups however may fast to a lesser degree and are expected to feed the poor in place of fasting. Those who are traveling at this time and unable to participate must make up the time at a later date.

Family and community are important elements of this period and the fast is often broken each evening at sunset with a meal called the “Iftar”, which is shared by an entire family or in a mosque by a community.

Purity
Concepts of purity are also central to the observance of Ramadan. Purity of thoughts and actions are of vital importance, so observers make an extra effort resist all temptations and avoid impure sights, sounds, and activities, including the use of profanity.

Prayer
In order to better communicate with god during this period, it is customary to offer extra prayer each day and observers are encouraged to read the Quran in its entirety during this period. Many accomplish this by attending a community prayer, called “Tarawih”, held in mosques every night during which an entire section of the Quran is recited.

Observing Ramadan is no easy feat, but take a moment to look beyond your own discomfort at the idea of fasting and think instead about principles that underlie Ramadan and the international unity it affects among Muslims.

Ramadan strips away everything except what is vital to the faith and requires its followers to bare only those principles that Islam holds most dear (faith, family, charity, and purity of thoughts and action). These are ideals that much of the world’s population revere, so one need not observe Islam to appreciate the commitment of Ramadan to their adherence. We all get busy and sometimes life gets in the way of how we would ideally like to live our lives; so it is hard not to take some inspiration from Ramadan and its observers who take one month every year to remove themselves from their comfortable routine, reflect, and gain some perspective on what is most important to them.