Travels Through Pakistan: Khewra Salt Mine

Here at Allshore, we like to be as educated as possible when it comes to our Pakistani team members and their homes. One of the first surprising things I learned about Pakistan was how beautiful of a country it is. Given its geographical location, not many people expect it to be home to such diverse natural and manmade wonders.

In an attempt to decrease the distance between our U.S. team and our Pakistani counterparts, we are starting a new blog series titled â€œTravels Through Pakistan.â€ In this series, we will feature travel destinations across the beautiful country of Pakistan.

Todayâ€™s destination is the Khewra Salt Mine.

Located in the city of Khewra, the mine is not only the largest in Pakistan, but the second largest in the world. It produces over 350,000 tons per year, an amount that is reached by mining just 50 percent of the mine’s salt. The workers, who complete excavations on 18 different levels, donâ€™t mine beyond that number, fearing that the mine would collapse.

The mine, which is Pakistanâ€™s oldest, is a popular destination for many, including tourists and students. The mine draws about 250,000 to 300,000 visitors each year. They travel from all over to experience the sheer beauty of the multicolored, brilliantly lit tunnels. 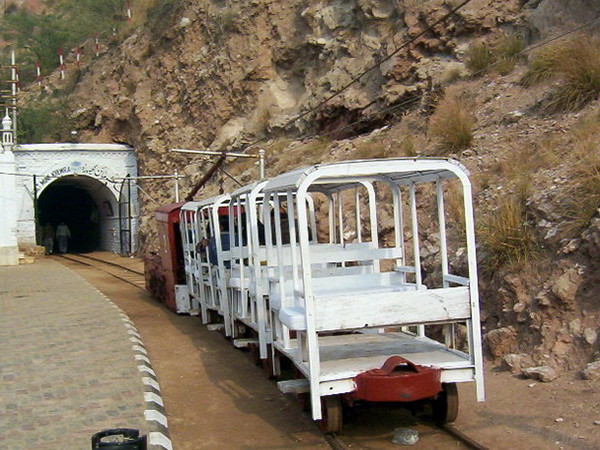 Visitors are taken inside the mine by a nearly 85-year-old electric railway. Once inside, they are free to view a number of attractions, including carved replicas of notable monuments, a mosque made from salt bricks, brine ponds and a fully functional post office. The mosque is a particularly intriguing site. Constructed from different colored salt bricks, and perfectly illuminated, it is a stunning spectacle that really captures the beauty of the mine. 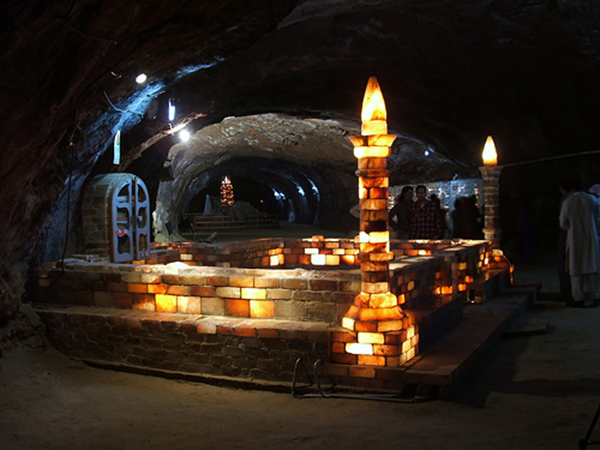 In addition to tourism and salt production, the mine has had a relatively recent addition: an experimental asthma clinic. This alternative medicine approach includes inhaling antibacterial salt particles, which is supposed to help clear the lung passages. Khewraâ€™s clinic is actually one of many salt mine clinics across the globe.

To capture their experience at the mine, tourists are free to purchase souvenirs, most of which are items made from the mineâ€™s salt. Popular items include lamps, vases, ashtrays and statues. Some of these items are actually exported to other countries as well, including the United States. 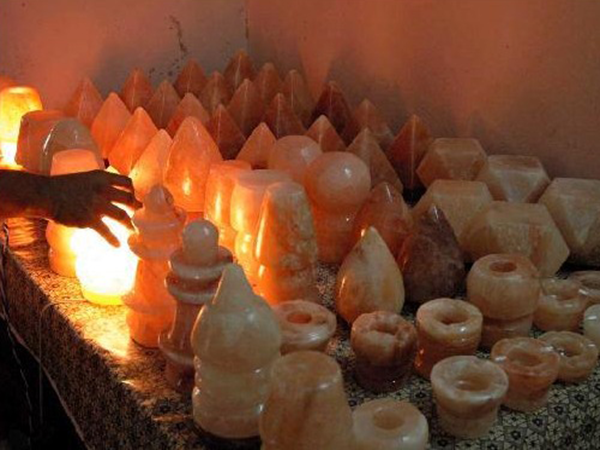 Considering its beauty and many attractions, itâ€™s no surprise that the Khewra Salt Mine is such a popular destination in Pakistan, for Pakistanis and foreigners alike. 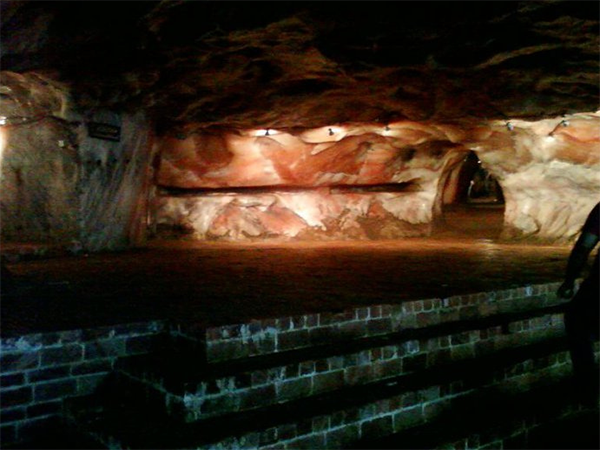