After our shift Friday night, the PHP department took a trip to Sawabi in order to relax and have some fun together away from the office. We passed the time as we waited for our transport by playing table tennis and, after offering Fajjar Prayer, began our 1 and a half hour journey to Sawabi around 4am. The weather was very pleasant and we quickly forgot that we had just finished an 8 hour shift.

On the way there, the driver stopped at a CNG Station near Ghazi to get gas and we had our first chance to go outside and start taking pictures before we set off towards Sawabi again. 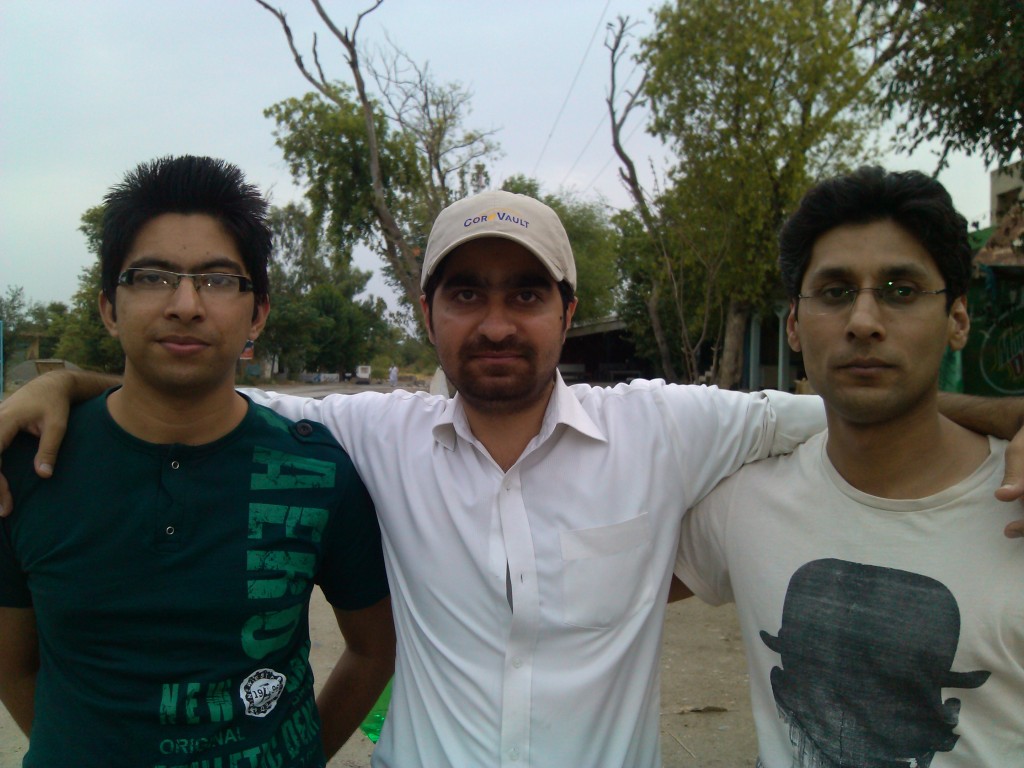 From Left to Right: Talal M, Maaz A and Junaid A
We reached Asad K.’s village, Zarobi, around 6:10 AM. Breakfast was ready when we arrived and we relaxed and ate before beginning our preparations for the picnic. There was tractor standing inside Asad K’s house so of course we took some pictures with it. 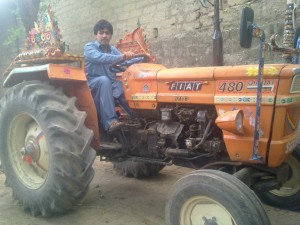 Ajmal pretends to drive the tractor 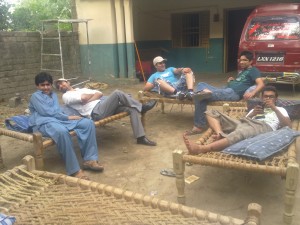 The River Indus was about a 10 minute drive away from Asad’s home. When we reached the river bank, a cool breeze welcomed us and we were astonished that the temperature near the bank was so much better than it had been at Asad’s home. That day, the temperature was 45 degrees Celsius (113 degrees Fahrenheit), but at the river it was much cooler and we were totally comfortable.

The river was flowing very fast and when I stepped into the water, the current passed through my whole body. The water was very cold so I left the river almost immediately after entering. After that I was reluctant to go back in, but I got some courage when Asad K., who is very good swimmer, told me that my body will adjust to the cold water after a moment. So I tried again and jumped into the water and found that this it wasn’t nearly as bad. 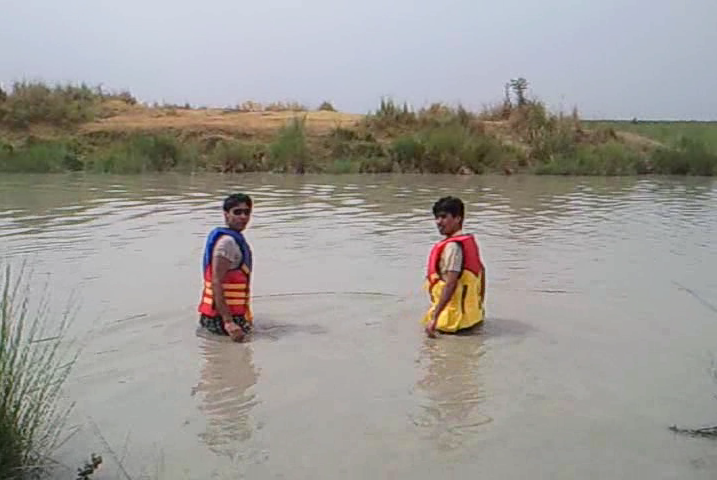 Junaid A and Ajmal before starting their swimming competition

The most interesting part of this trip for me was that I learned how to swim. I had wanted to learn for a long time and was very excited to have finally have an opportunity. The water current was fast, but we found a place where it was a lot slower and started diving in. Ajmal accompanied me and we swam for about 30 minutes before rejoining the others for lunch. 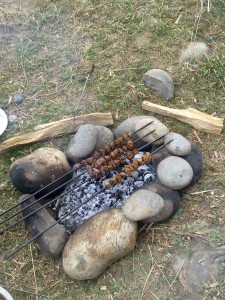 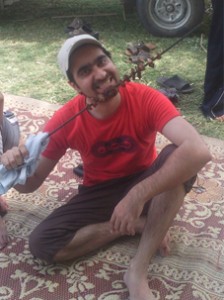 While we were swimming, some of the guys had started the preparations for the BBQ. We created our own grill using stones to adjust BBQ sticks over the heat rather than using a BBQ stand and we grilled some delicious, spicy beef. Asad K’s friends also joined us at the river bank and cooked Chicken Karahi (a dish of grilled chicken with lemon and herbs) that was really delicious. We all shared the food and had a wonderful lunch together.After lunch, one of Asad’s friends sang songs in English and put on an amazing one-man show. The guys all started dancing and we all had fun dancing a listening to the music for the rest of the afternoon. When we left river bank, we stopped at Asad K.’s home for 30 minutes before we headed back to Islamabad. 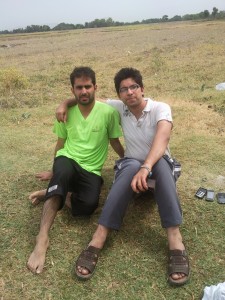 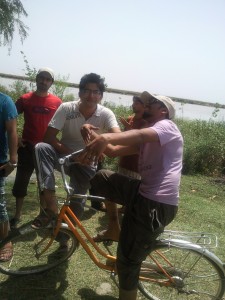 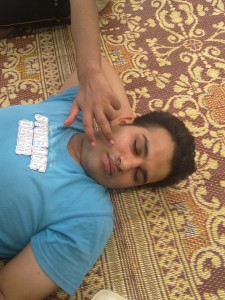 Faisal N while taking nap on the trip

Just to give you a sample of some of the fun that went on during the trip, here’s a video of Asad K. leading some dancing: