Pakistan Zindabad! Happy Independence Day to our friends and teammates in Pakistan!

Sixty-six years ago today Pakistan was declared a sovereign nation, granted freedom from its British colonizers, and given territory free of Indian influence where they would be allowed to flourish as a Muslim state.

Pakistan is celebrating the anniversary of its independence and sixty-sixth birthday much the same way we celebrate our own independence here in the United States: parades, fireworks, flags, and a lot of fun. Pakistanis commonly greet each other with the phrase “Pakistan Zindabad” meaning Long Live Pakistan, or Victory to Pakistan. Coined as an expression of patriotism, the phrase was a common greeting among members of the Muslim League during their struggle for an independent state and has come to be strongly associated with Pakistani independence.

Islamabad and Lahore, homes of our primary overseas offices, are both hotspots of celebration: 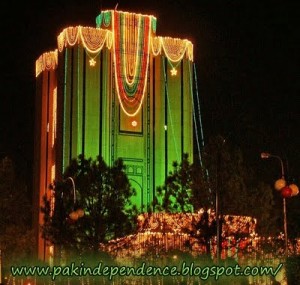 Islamabad as the capital is teeming with activity: government buildings are decorated with bright lights and colorful displays, the newly elected president and prime minister will give nationally broadcast speeches, and the capital performs various ceremonies including the raising of the flag, a 31-gun salute, and later in the evening, a fireworks display. The city becomes a sea of white and green as citizens dress in the national colors and proudly display flags and banners. 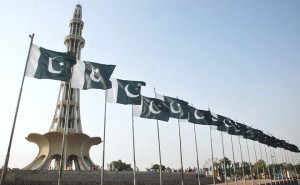 Lahore is also a major player in this national celebration.
Memorialized by the Minar-e-Pakistan, it was in Lahore that the Pakistan Resolution (also known as the Lahore Resolution) was passed in 1940. This monumental declaration was the culmination of the Pakistan Movement and a core document in the Two-Nation Theory that eventually led to the portioning of the British Indian Empire into two sovereign nations: Pakistan and India. In honor of Pakistanâ€™s independence, the Minar-e-Pakistan is fully illuminated and celebrations are held to commemorate those who worked so hard to make an independent Pakistan a reality.

Cities throughout Pakistan have been preparing for festivities for weeks, and no matter where you are in Pakistan, it is hard not to get swept up in the excitement!

Even the offices took a little time to celebrate! 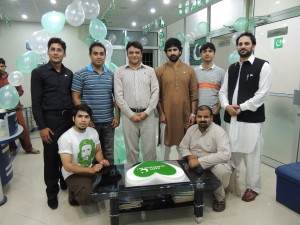 The managers in Islamabad prepare for the party 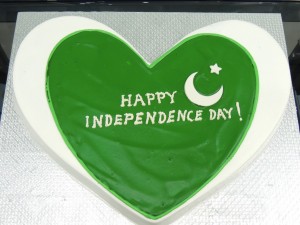 The office in Lahore had their own celebration