Allshore opened its first overseas office in Islamabad, Pakistan in 2009. Islamabad is the capital of Pakistan and home of some of the top-ranked universities in the country. In the last decade this city has experienced a major upsurge in information and communications technology and has become a prime source for talented and experienced developers. 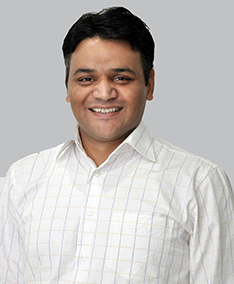 Raheel is the CEO of Allshoreâ€™s overseas offices and the head of Pakistani Operations. A computer science graduate with senior-level programming skills, Raheel Afzal has developed a number of management information systems and real estate portals. Throughout his career Raheel has gained valuable experience in client relations, and has worked with a number of American companies, gaining valuable experience in American business models and operations. After working together on numerous projects, Raheel partnered with Randall Agee in 2009, and currently works as the CEO of Allshoreâ€™s overseas offices, facilitating daily operational management. Years of experience in software development and administration have given him the insight and skills he needed to help facilitate Allshore's meteoric growth. Raheel presently resides in Rawalpindi, Pakistan, with his wife and two children. In his spare time he loves to read history books and keep up with the latest technological advancements. 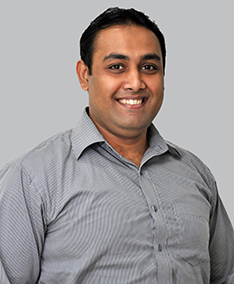 Nabeel Ilyas was Allshoreâ€™s first .NET Team Lead and the Director of Development. Nabeel finished his undergraduate with a double major in mathematics and statistics. He continued his education, receiving a Masterâ€™s degree in software engineering in 2003. Nabeel gained a wealth of working experience before he even finished school, including a ten-month internship during which he developed a management information system for his university. Additionally, during this time he also worked for several companies on other development projects, including mass mail for marketing, point of sale, store management software, customer service relationship management systems, franchise management systems, social network marketing and SEO. After completing his internship, Nabeel began his professional career working on VB6 and Classic ASP, before switching to .NET (1.0, 1.1, 2.0, 3.0 and 4.0) development. During this time, he acquired valuable experience with MSSql, MySql and MSAccess, while working in both applications and web development. In February 2010, Nabeel joined the Allshore team as a senior software engineer. In the same year, he was promoted to .NET project manager, and became Allshoreâ€™s Development Department Manager in early 2011. His responsibilities include management of all development departments, operational review, and facilitating daily operations. 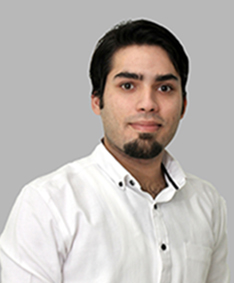 Alex Wright is a sales and marketing professional with more than five years of experience and extensive training in Business Marketing. He holds a Diploma in Business Administration and his interest in American businesses and accounting led him to achieve a CAT qualification. Following his formal training, he worked as a dispatcher with an American Dispatch Center based in Islamabad and was promoted to supervisor in early 2008. Throughout his career and education Alex has worked to perfect his communication, sales, marketing, and business skills by attending numerous seminars, educational courses, and meetings. In his vast experience working with American companies, he has become well-informed about the ins and outs of U.S. business models and marketing strategies. Alex joined Allshore in 2011 as the first member of the remote call center in Pakistan. He played a major role in developing this department which he currently oversees as the Sales Team Lead. When Alex is not directing sales, he loves to watch movies and swim with friends, or help out with his familyâ€™s business. 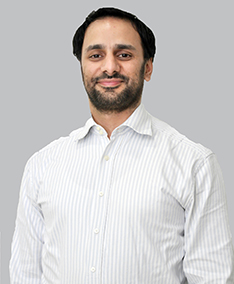 Hammad is a Human Resources professional with more than eight years of work experience in the field of Modern and Strategic Human Resource Management. While completing his bachelors in Business Administration Management, Hammad worked for five years for theÂ Pakistani Government as anÂ HR professional. After graduating he took a job with Motorola Limited where for four years, he served as a Consultant providing HR services for numerous software/IT companies. During this time Hammad continued his education and in January 2009, he obtained a Masterâ€™s degree in Human Resource Management. While attending University, he also participated in extracurricular courses in IT-related topics, expanding hisÂ  comprehensive technical knowledge. His extensive professional and educational experiences have given him a vast knowledge of international, private, and public sector practices. In March 2011, Hammad joined the Allshore family and became the overseas Human Resource Manager, where he did an outstanding job by managing all HR-related matters for both overseas offices. His core areas of expertise are within HR process design, the formulation of HR manuals, handbooks and orientation programs, organizational development, employee relations, and recruitment and training. He strongly believes in the humanistic approach toward management, and that people themselves are the key to achieving competitive advantage and can drive any organization to excellence. On his days off work, Hammad likes to give voluntary lectures in various institutes on topics related to his field, play with local cricket leagues, and hike in Margalla Hills in Islamabad. 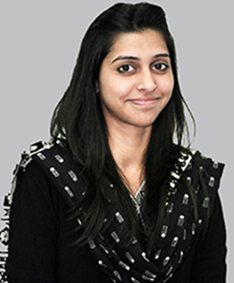 Asma Khurshid is a Human Resources professional specializing in Recruitment. Asma started her career in late 2008 right after earning a bachelorâ€™s degree in sciences. She worked with a multi-national company for 4 years where she gained expertise in all HR Management functions, but with a primary focus on Recruitment.Â Driven by increased interest towards her field, she began her MBA in Human Resource Management, a degree she will soon complete. Asma joined the Allshore HR staff in August 2012 as a Technical Recruiter where she plays a major role in meeting Allshoreâ€™s ever-growing resource demands. 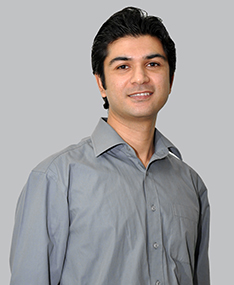 With over eight years of experience and a wealth of technical knowledge, Asad Mahmand is our local IT expert and a key member of our overseas support staff. He completed his Masterâ€™s Degree in Information technology in 2005. Immediately after graduation, he began his career in IT working extensively on technologies related to web hosting, dedicated servers, Asterisk (VOIP), web server security and streaming servers. Asad began his career with Allshore in 2011 and was quickly promoted, becoming network manager where as such he currently manages company-wide IT support and leads the Pakistani IT support teams. Asad is crucial in maintaining Allshoreâ€™s internal functions as well as providing crucial IT support for many of our clients. While Asad is a jack of many IT trades, he most enjoys working on Free BSD, Red Hat Linux, database, web, DNS and mail servers, firewalls, and routers. In his free time, Asad spends time with his wife and children. He also enjoys hiking and can often be found somewhere in the Margalla Hills in Islamabad. 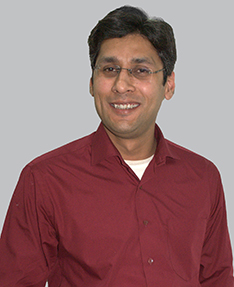 Junaid Ali is a tenacious Team Lead with over eight years of development and management experience, as well as Allshoreâ€™s PHP department manager. He completed his Bachelor of Science in Computer Sciences in 2005 and began development in VB6 on different point of sales, management information, and HR systems. After a year of VB6 development, he began working with PHP and open source development where he honed his skills in WordPress, Joomla, Code Ignitor, and Zend Framework. Junaid joined the Allshore family in April 2010 as a senior software engineer and PHP developer. He was quickly promoted to PHP Team Lead and now manages a team of developers in a variety of PHP projects as well as overseeing all PHP development as a department manager and assisting in the maintenance of developer and client relationships. When Junaid is not diligently directing and developing with Allshore, he enjoys playing cricket and watching movies with his friends as well as spending time with his wife. 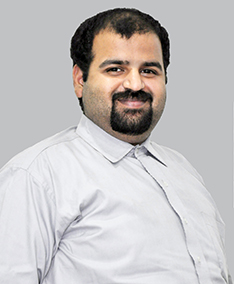 Nasir Tariq graduated with a Bachelorâ€™s degree in Computer Sciences in 2007. A mere fifteen days after graduation, he was hired for his first position as a .NET developer and has worked in the industry ever since. In November 2009, Nasir joined the Allshore development team as a senior .NET developer. He excelled, showcasing a natural talent for software development, a profound understanding of American business practices, and great leadership potential. In February 2011 he was promoted to .NET Team Leader where he successfully manages a team of developers. Nasir is a natural-born leader; his capacity for communication and conflict management consistently get the best out of his team and ensure that all clients under his care receive quality work and an enjoyable experience. When Nasir isnâ€™t whipping his team into shape, he spends time with his wife, a dental surgeon in Islamabad, and their young daughter. 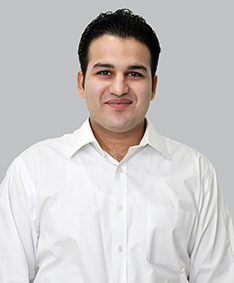 Faisal is the youngest member of our management team. A recent graduate of the National University of Sciences and Technology, with a Bachelor in Information Technology, he joined Allshoreâ€™s PHP team as a software developer in 2011. He was a rare exception to the minimum experience typically required of developers because of his incredible achievements, technical abilities, and ability to communicate. During his education, Faisal won several national-level awards from the President and Prime Minister of Pakistan for his unmatched enthusiasm and ability in web programming. Faisalâ€™s natural abilities, years of advanced web development, exposure to technological domain, and experiences leading workshops and teaching made him a natural choice for Team Lead. In 2012 he was promoted to PHP Team Lead, where he currently leads a team of developers and excels in technical assistance, communication and customer support.Â  His expertise lies in PHP and database development, with many additional abilities including Javascript/Ajax, .NET 4.0 and Java. In his free time, Faisal enjoys hiking, watching movies with friends, and researching the latest technologies in order to further enhance his skills. 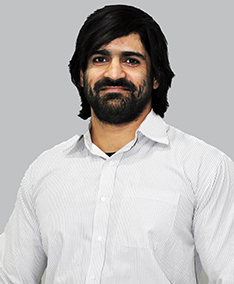 Raheel, or RK as he is better known, graduated in 2002Â with a Bachelor of Science in Computer Sciences. He immediately went to work andÂ has gained a wealth of knowledge and understanding in his 11 years of professional experience working in a variety of roles and responsibilities. Throughout his career RK has had the opportunity to advance his skills in software programming, analysis and design, graphics and multimedia development, and desktop publishing. RK began his career with Allshore in May 2010 as a Senior Software Engineer. He quickly proved his proficiency in communication, understanding client needs, and technical support. He was promoted to .NET Team Leader in early 2011, where he now successfully leads a team of developers working on many diverse projects. In order to keep up with growing demand, RK is now branching out from .NET technologies to further develop his skills in HTML 5, new Javascript libraries, and Cloud Computing. Outside of working in software development, RK is also a professional bodybuilder and has won several professional regional bodybuilding competitions. 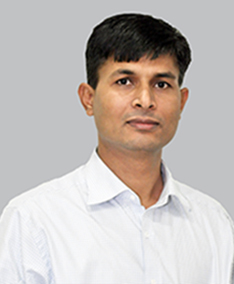 Rafiq Muhammad has over fifteen years of experience in the IT industry. He specializes in ASP.NET and has worked with the technology since it launched ten years ago. Rafiq holds Masters Degrees in Computer Science and Electronic Engineering and has a plethora experience both as a manager and a developer on a wide range of projects in a variety of domains. Rafiq is no stranger to working with international clients; he was the Head of Offshore Development as well as a Technical Lead for the Canadian company Ikeson Inc., where he worked for seven years. Rafiq joined the Allshore team in February 2013. It was not long before his client promoted him be a dedicated Team Lead, where he manages his clientâ€™s large team and helps to ensure all of his projects are a success.