The Favored Daughter
A Book Review by Andrea Gudbergsson

Fawzia Koofi has led an exceptional life marred with more hardship and tragedy than it seems any one person could possibly endure. 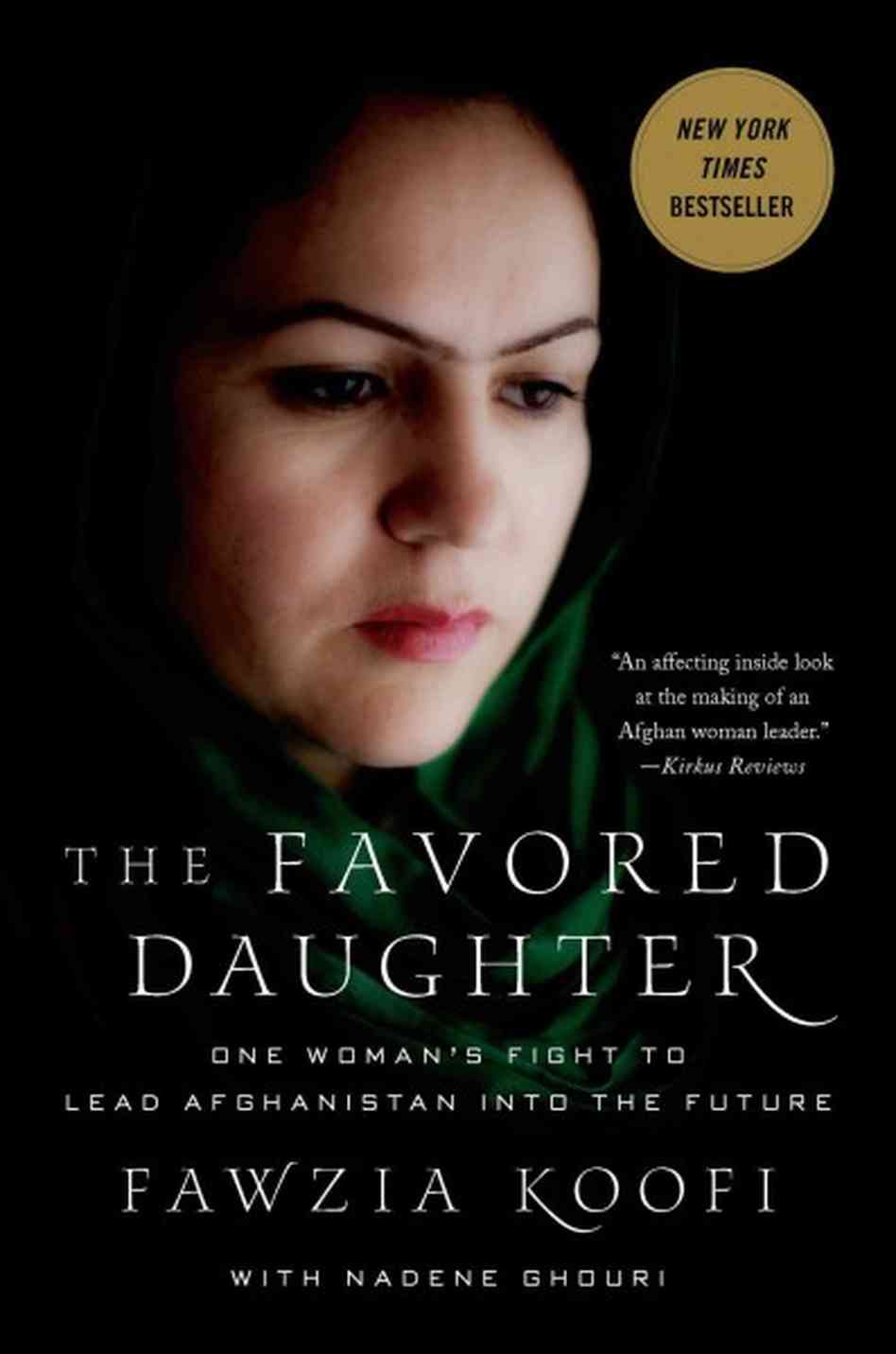 This remarkable woman, born the unwanted 19th daughter of an MP in Afghanistan, not only endured however, she has soared, becoming a prominent politician, a decisive leader in the fight for womenâ€™s rights, and a promising candidate for the 2014 Afghan presidential election. The Favored Daughter is Koofiâ€™s evocative and deeply moving memoir that will make you rethink your presumptions about Afghanistan and the Middle East.

Fawzia Koofiâ€˜s story has a grim and hopeless beginning: a baby, rejected for her sex and left to die in the hot Afghan sun just minutes after her birth. She survived however and grew up to become a prominent member of Afghanistanâ€™s parliament and the first female Parliament speaker where she advocates for rights for women and the poor. By sharing her story, she is shedding light on her country and that region of the world. She writes about hardships and moments of happiness. She writes about the Soviets taking over her country, an Afghan civil war and the rise and fall of the Taliban. She writes about the many people who helped her throughout her life and remembers the countless strangers who helped her in time of need, ultimately risking their own lives. She makes the point that not everyone in Afghanistan or the Middle East is a terrorist or an extremist.

Koofiâ€™s story speaks at length about the status of women in that region, and I was surprised to learn how substantially womenâ€™s rights changed after the Taliban took control in Afghanistan. During her childhood, Koofiâ€™s mother and grandmother wore Burkas because it was part of their traditional culture, but she was not forced to wear one. She explains that in Islamic culture, most women choose to dress modestly; few women view the burka or hijab (head scarf) as oppressive, rather they view it as traditional and modest clothing. Education also offered options: while it was less common for girls to attend school, Koofi was allowed to go to school with the permission of her family. She did well in school and had plans to go to college and become a doctor, but everything changed when the Taliban gained political power in 1996. Women were suddenly required to wear the burka and were not able to attend school.
Women regained many rights after the fall of the Talibanâ€”they are able to attend school and have more choice in their clothingâ€”but many women still donâ€™t have the same rights as men. Many poor women donâ€™t receive education or proper health care. The status of women is improving, thanks largely to the work of women like Koofi who are trying to change the status and lives of women across Afghanistan.

The Favored Daughter holds many lessons, but what struck me the most is that this region of this world is more than just a news headline. There are real people going about their everyday lives; they go to school, work, go the market and get married. The headlines for this region are usually grim and hopeless, but they overlook and even obscure the lives of ordinary people. It is not just a home of violence and instability, it is also a region filled with culture, tradition and ancient history. By reading her book, I realized the incredible diversity in this part of the world and learned that we canâ€™t judge a culture or religion based on what we read in the media. This is a lesson we all like to think we know, but until you have something tangible to give context to those headlines, how can you? It is hard to remain unaffected by the way in which a country or region is portrayed, but there is always much more to the story.
One of the biggest misconceptions that this book put to rest for me was the reputation Afghanistan and Southeast Asia have for being old fashioned and unsophisticated. However, they have modern cities with beautiful buildings and miles of highway. There are universities, schools, libraries and state-of-the-art hospitals. In fact, Koofi shares an experience in which she traveled to Lahore, Pakistan with her husband to visit one of the leading hospitals in the region where they have the most up to date technologies and methods to try to treat his illness.

Koofi believes there is hope for the region and she ends her book with a very different tone than the beginning, and you canâ€™t help but to share her hope. Even though that region has experienced tragedy and instability, there is more than meets the eye; they have problems with violence, poverty and terrorism, but they have far more to offer the world. There are doctors, scholars, writers, politicians, teachers, software engineers etc. And there are those like Fawzia Koofi who are trying their best to not only improve the lives of their fellow citizens, but to make the world a better place.